Time Card is the heart of the Open Time Server Project.
This spec can be accessed using http://www.timingcard.com 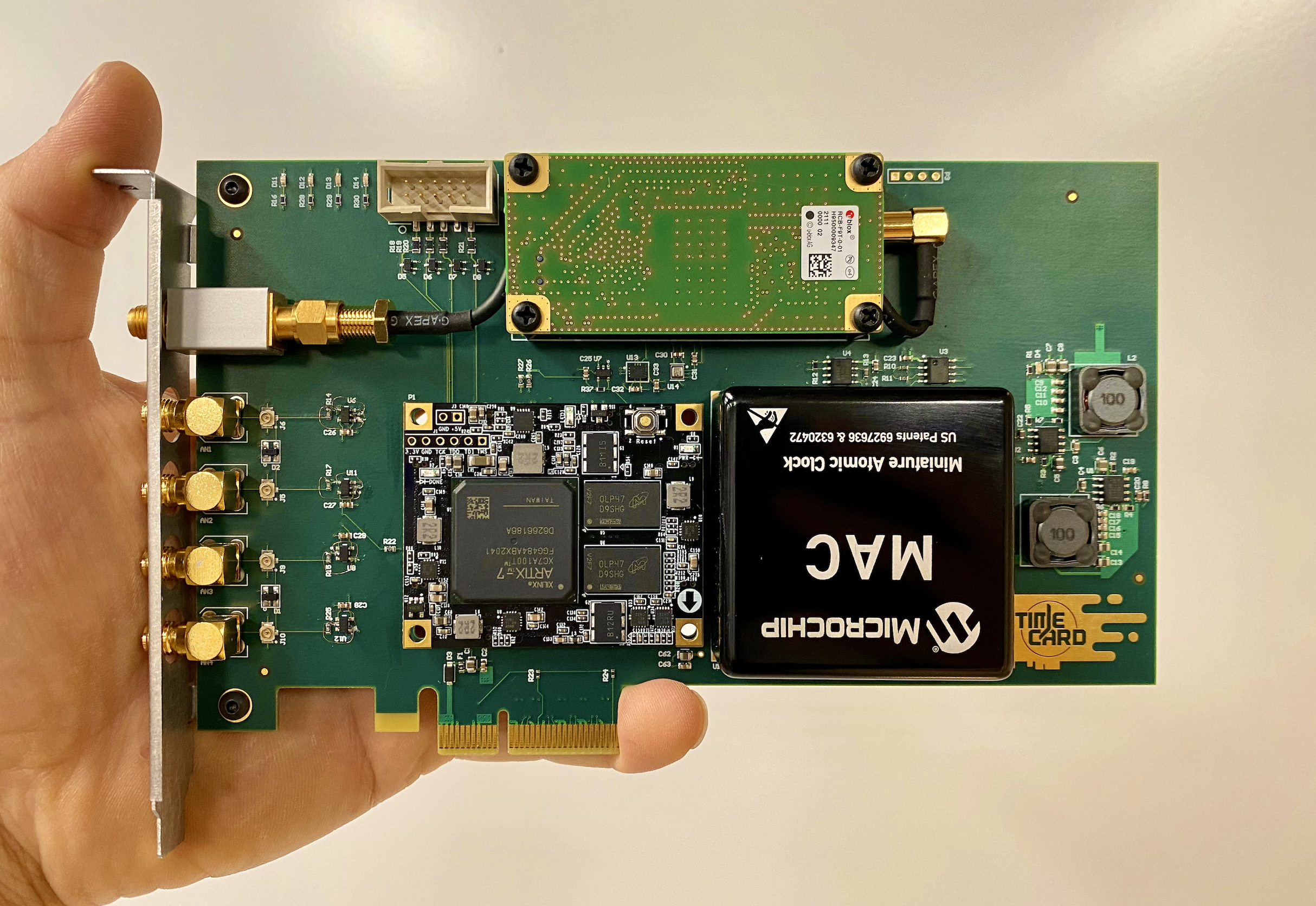 Time Master is a critical part of a PTP enabled network. It provides accurate time via GNSS while maintaining accuracy in case of GNSS failure via a high stability (and holdover) oscillator such as an atomic clock. Existing products in the market are often closed sourced and are far from having sufficient features. The Time Card project presents an open source solution via a PCIe card.

The GNSS receiver can be a product from ublock or any other vendor as long as it provides PPS output and the TOD using any suitable format.

This is the recommended module: u-blox RCB-F9T GNSS time module 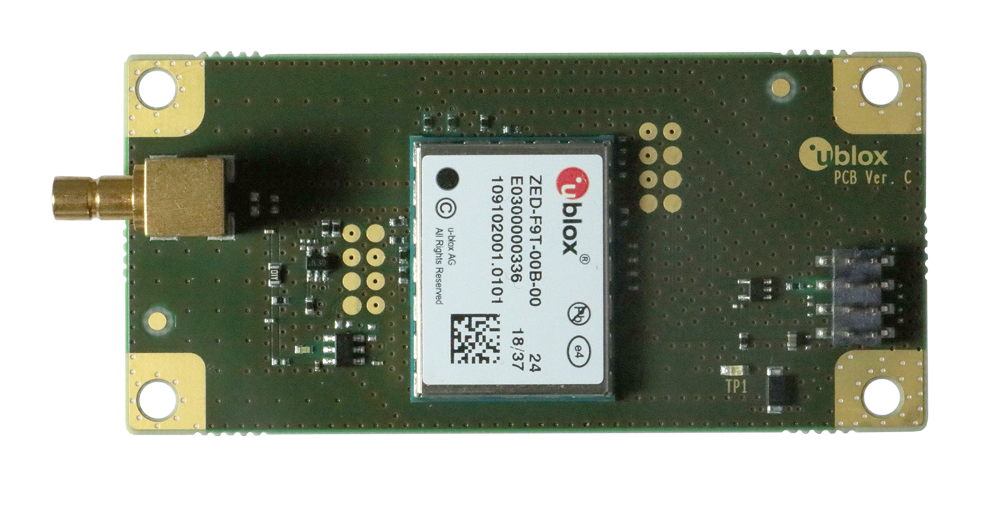 There are 2 main attack vectors on GNSS receiver

Jamming is the simplest form of attack. In order to keep operations while under attack the most reliable approach is to perform a long run holdover.
See more about holdover in the clock section.

GNSS authenticity is relevant today. A mechanism to protect against over-the-air spoofing incidents is desirable. With special equipment it is possible to simulate a GNSS constellation and spoof the receiver. Basic principals to protect against such attack:

GNSS requires "clear sky" to function properly. Moreover there were several historical events of a short term time jumps by some GNSS constallations. Because of reliability and in combination with the security concerns an additional holdover should be performed by high quality XO. An example could be AC, OCXO, TCXO etc. In order to perform sustainable operation we recommend to use an AC with a holdover ± 1us or HQ OCXO with a holdover ± 22 µs.

The bridge between the GNSS receiver and the Atomic clock can be implemented using software or hardware solutions. The hardware implementation is preferred and is our end goal.

Here is one of the examples of hardware implementations. 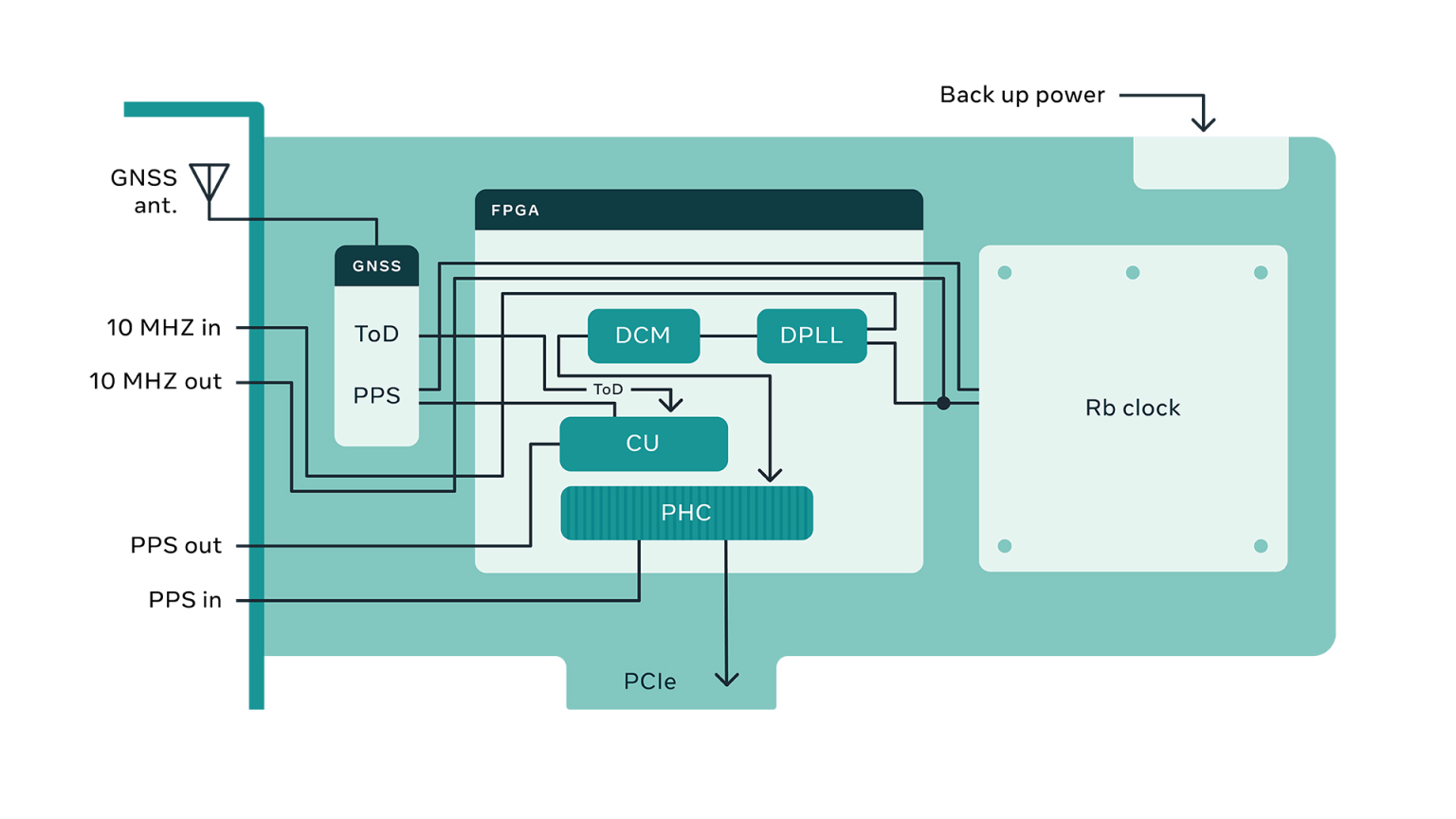 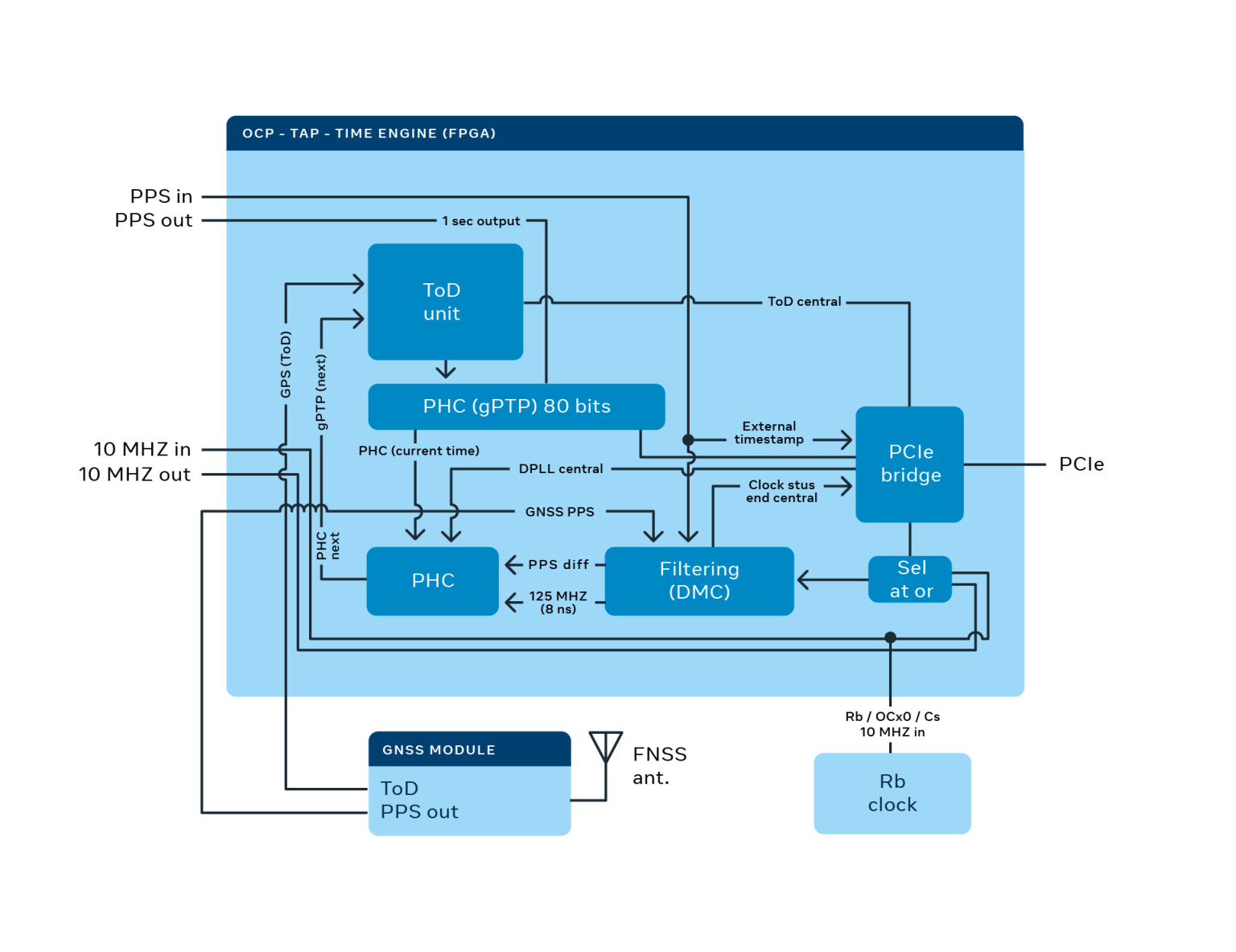 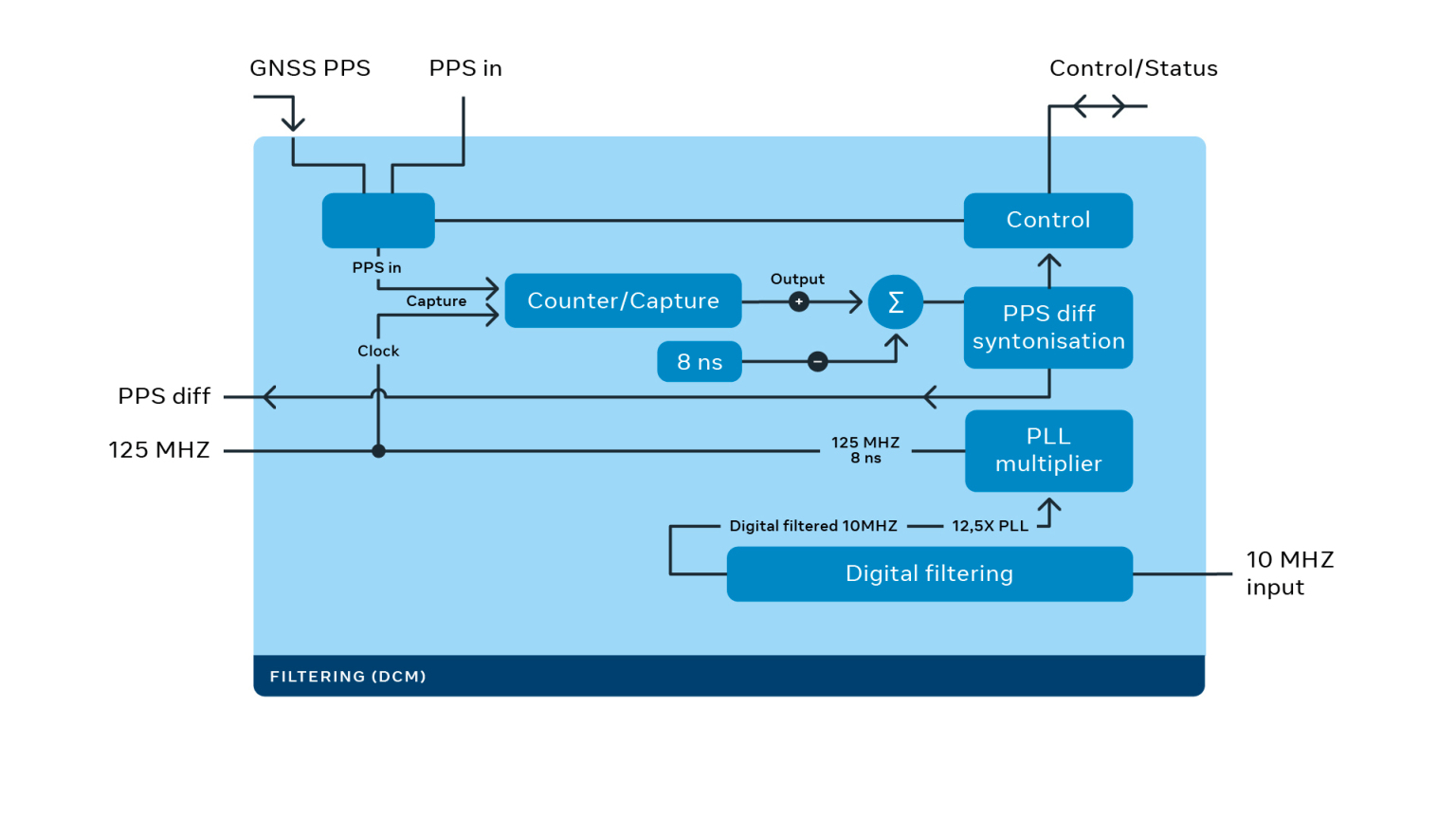 Software implementation still requires most of the components, however the communication between components is done with user space software:

An LED should be used to provide externally visible status information of the time card.

Time card has 4 SMA connectors that can be configured as outputs and outputs for various things such as 10Mhz, PHC, MAC, GNSS, GNSS2, IRIG, DCF for output and 10Mhz, PPS1, PPS2, TS1, TS2, IRIG, DCF for input.
Using a Calnex Sentinel device are comparing various things. Here we are comparing the 1PPS output (Channel A) and the 10Mhz output (Channel B) from the MAC (SA.53). 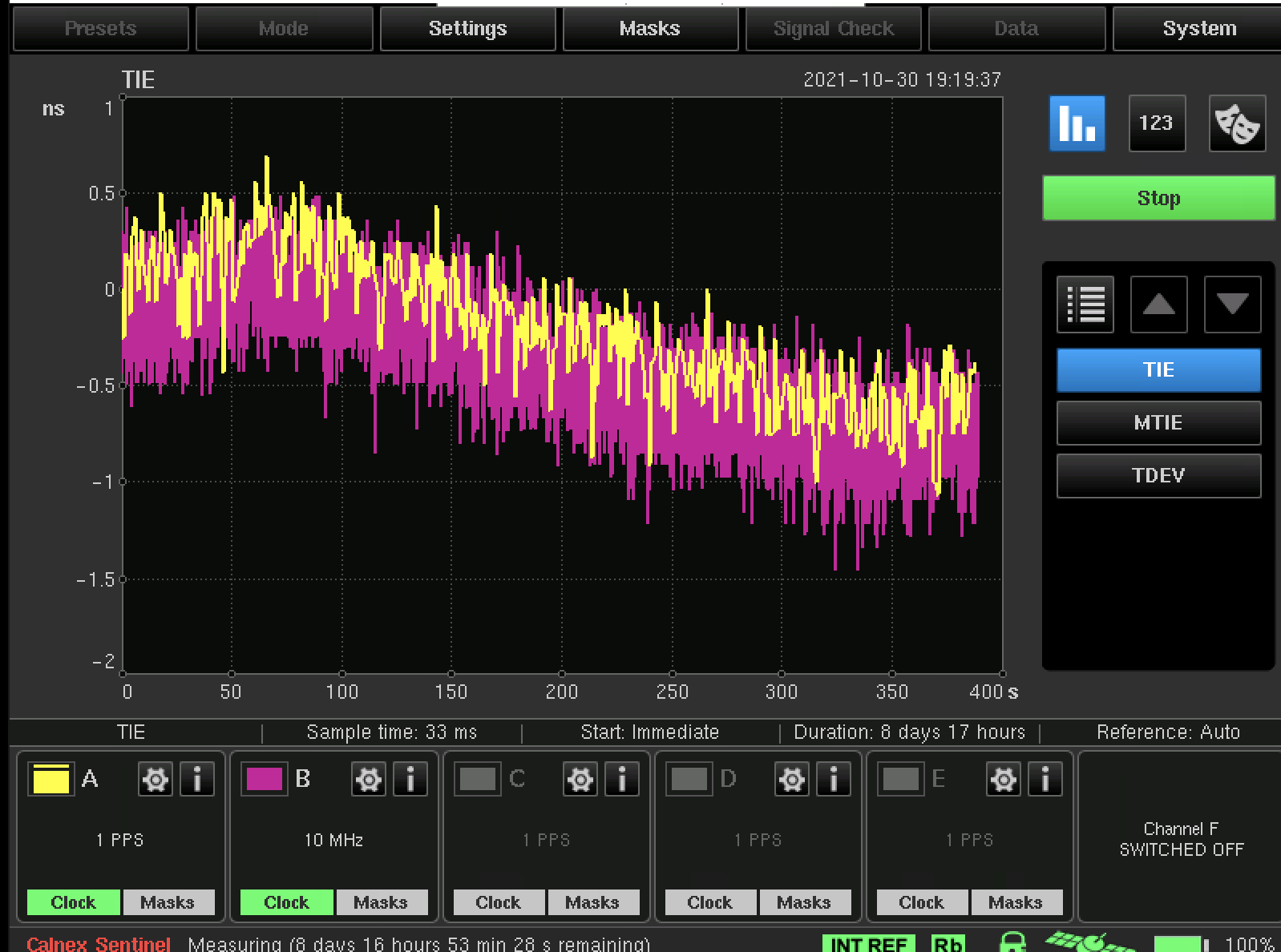 Where can I get one?​

You have all necessary source code, BOM, Gerber files and binaries to build it yourself. However, we are currently working with several suppliers and will have their contact info soon available to allow you to purchase an out-of-the-box ready Time Card.